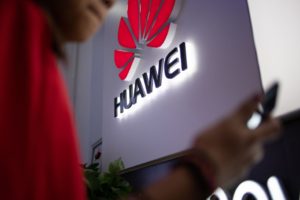 In the ongoing Huawei crisis, the economic skirmish between the United States government and China, Huawei, has now lost its footing in the US market. This company is the world’s biggest manufacturer of phones and other communication equipment. On the surface, this appears to be another way to get foreign economies, namely China, to pay extra tariffs for American-made goods or to export their own goods to the country’s huge and hungry consumer base. However, political tensions create an underscore to all financial matters, and this one is no exception.

Huawei Crisis: What Does it Mean For the Company?

The regulations stop Huawei from buying parts from the US or doing business with American companies. People here who own this brand of phone first heard the rumors that they would no longer get updates to their Android systems or be able to use Google Play. While those companies were quick to assure users that their phones would still function, anxiety still thrums through the market. Buying a new Huawei phone at this time would limit options and is generally viewed as a bad choice for people in the USA.

Is this all about money? Is President Trump simply focused on both making China pay more and squashing their rise as a global economic super power? The stories behind the trade move bring new insight, or more confusion, to the whole situation.

The supposed crimes of the Huawei corporation extend across economic and political lines. There have been rumors tossed around that the Chinese telecommunications giant builds phones and other gadgets with internal spy equipment. They are, according to some experts in the US, an integral part of China’s plan to spy on the foreign government. The UK, Australia, and New Zealand also share concerns that the equipment from this company could increase cyber security risks.

Details about exactly what these risks are remain vague as reported to the public. Huawei denies any wrongdoing and insists that their phones and other equipment all comply with the latest security measures. As they are one of the forerunners of the new, super-fast 5G network capabilities, these accusations put a damper on its implementation.

Never-the-less, more than 20 developed nations around the world are eager for this exceptionally fast connectivity. Canada also feels pressure from the United States to block Huawei from accepting the 5G systems into their country. Canada has a particular role in the ongoing Huawei crisis because Meng Wanzhou, CFO and daughter of company founder, spends much of her time there. The court system set bail, agreed to extradition to the US for trial, and is now telling their ally to the south to hurry up and take action as China also puts pressure on the country and warns of sanctions levied against them.

Arrests and Political Intrigue in the Huawei Crisis

Meng Wanzhou was arrested in Canada for theft of intellectual property and trade secrets. Also, she was charged with facilitating work arounds for various international banks who wanted to do business with Iran despite the United States’ sanctions in place. This occurred, according to US prosecutors, when she claimed that a subsidiary company associated with the telecom giant was presented to them as a completely separate firm.

Was this a knee-jerk reaction to the company’s financial success or overtaking of Apple and Samsung in the smartphone marketplace worldwide? Various international powers have been watching Huawei for nearly eight years now. Not only do other countries and tech companies, including well-known Motorola, claim Huawei stole secret information from them, but lawsuits have been in the works since the beginning. Other companies such as Verizon and AT&T have pulled away from associations with the firm.

As would be expected, the arrest of Meng Wanzhou sparked anger and upset in China and for Ren Zhengfei, Huawei owner and Meng’s father. Through their lawyers, they insist on no nefarious dealings that break sanctions or compromise trade secret sanctity. They described the arrest as a lawless and despicable move fueled simply by the desire to keep China’s economy from growing. It also seems to fly in the face of many things President Trump said during his recent trade negotiations and visit to China.

The pressure from China to Canada continues. They have stopped imports of some food products, arrested citizens living in China, and have halted trade visits from Canadian delegates. The repercussions from the arrest, accusations, and trade blockages have spun into a financial, political, and public relations nightmare on both sides.

The Chinese people, who look to Huawei as a bright beacon of hope and success in many ways, are stunned and outraged by what they see as President Trump’s political maneuvering and a way to punish China for its power in the world marketplace. The company now focuses on protecting China’s own interests and security by creating a list of firms that they claim threaten it.

Huawei has attempted to improve public relations and market opinions of them for decades. Former US PR leader William Plummer considers the Chinese company’s actions and founder’s words exceptionally damaging. It has vacillated between attempts to appear transparent and conciliatory for years, even attempting to set up an American branch in 2009 with a former Joint Chiefs of Staff as the leader. As with most of Huawei’s attempts at PR, it fell through and left the impression of the company lower than before.

Now, even with new trade declarations and millions of confused and worried phone users, the legal issues and charges of circumventing financial sanctions against one of the USA’s most hated enemies seem to outstrip the economic concerns. However, in this global economy where everyone needs to take a side in order to succeed financially, the multiple aspects of the Huawei crisis are undoubtedly more interlinked than the Trump administration would like people to think.

What are your thoughts on this situation, will Huawei go down OR bounce back. Let us know about in the comment section.